R&B legend, Mary J Blige who recently finalized a bitter divorce from her ex-husband Kendu Isaacs seems to have gotten herself a new man.

According to MTO, the platinum-selling singer has a new man who is filthy rich and is also an “African Prince.”

Over the weekend, the pair attended the BAFTAs: Vogue x Tiffany Fashion and Film afterparty at Annabel’s in London, with his security and his own bulletproof Mercedes Benz.

After the event, Mary J Blige and the flamboyant ‘African Prince’ who has yet to be further identified left hand in hand together. 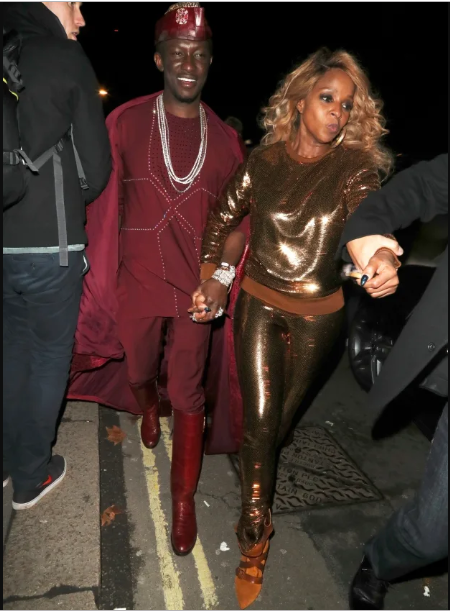