The Met police officer who defied the force to go on Nigerian Big Brother before appearing to sleep with another contestant claims she has been asked to return to work.

Police poster girl Khafi Kareem came back to the UK last week to face the music in a meeting with her superiors arranged to discuss her conduct.

But in her first interview following that meeting, PC Kareem confirmed she’s will be going back on the beat. She said: “Work have been really great, we’ve been speaking and communicating, they asked me when I’d be coming back to work.

Khafi Kareem was evicted from the show after 77 days

“I’m not sure when I’m going to go back yet – I want to get back as soon as possible, I’m passionate about keeping London safer.”

But she caused outrage among senior officers by appearing on the African version of the reality TV show without permission.

Following her entry into the the house in June this year, the Met issued a bruising statement confirming Kareem has asked for permission to appear on the show but was denied and that she had chosen to accept a place in the house “without authority”.

Top brass at the force were to face further embarrassment when the Londoner was shown appearing to have sex on screen with fellow contestant Ekpata Gedoni, 31.

Defending her decision to accept on the place on the show without a final answer from the Met, Kareem said she tried to get an answer out of her bosses, but they didn’t get back to her.

She said: “I started to ask work what is the procedure, what would I do, I thought I might actually get into the show.

“I wanted to do everything by the book even though I didn’t know if I was in the show or not.

“I was told to go down different avenues – first the Director of Communications – I was being told to ask different people.

“I spoke to as many people as I was told to. I was told to go to my commander, I explained the situation, I told him I wanted time off – three months off of work and the reason was because I might get on Big Brother.”

Addressing her controversial romp under the sheets with Gedoni, Kareem denies they slept together, but confirmed the two are still in a relationship, adding: “We are still together now – I met someone in there and fell in love with him.

“I hope we will be together for a very long time.”

Kareem said she attended an audition for the show in Nigeria in February in order to film content for her YouTube blog, A Cup of Khafi, which has more than 19k subscribers.

She went through two auditions while there and received a letter two months later asking her to return for a third.

At this point she claims she to have spoken to senior colleagues who had concerns that she wouldn’t be able to uphold their values while appearing on the show.

Undeterred shew flew to Nigeria in June to attend what she believed was the third audition, but was told she had made it through to the shows and would be heading into the house

She had her phone taken off her as contestants were put into “lockdown”.

Kareem, who racks up tens of thousands of likes on her glamorous Instagram pictures from her 768k followers says she’s always been an “underdog” and wanted to prove people wrong.

She said: “I always like to show people you can do what you set your mind to, so for me that was part of the reason I wanted to take the opportunity.”

Since coming out of the house, Kareem says she’s most shocked about Boris Johnson becoming Prime Minister – and that Brexit was still ongoing.

Khafi Kareem flew into Heathrow last week in respect of coming to appealed for her job. A pal of Kareem said last night that she was sorry for the embarrassment caused to the force but hoped that going in the house would show that police officers are “real people”.

The friend said: “Khafi cares deeply about her job and her community and the last thing she would have wanted was to cause embarrassment for her colleagues.

“Police officers are real people too, they can’t help where or when they fall in love.

“She’s in a happy relationship now and she just wants to get back to doing what she loves best, serving her community.” 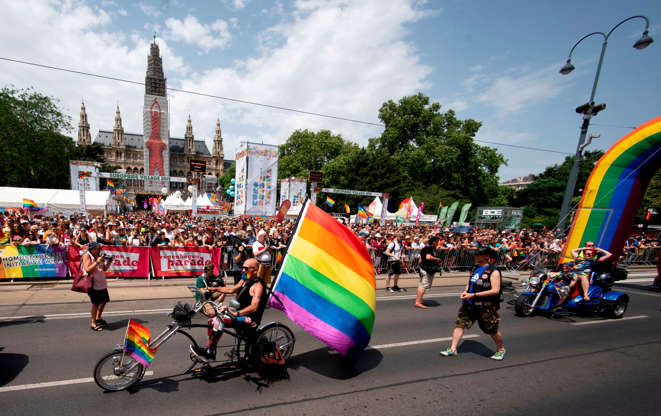 At the time a police spokesperson said: “A PC, attached to the Met’s transformation command, requested permission to take part in a reality television entertainment show in Nigeria.

“Permission was not given.

“The officer subsequently appeared on the show without authority.

“The Directorate of Professional Standards was informed and are carrying out an investigation into the circumstances.

“Prior to the refused request in relation to the show, the officer had asked for a period of unpaid leave for an unrelated reason. This was authorised.

“The Met did not support the officer’s appearance nor did she represent the Met whilst appearing on the show.”