Davido‘s girlfriend, Chioma has jammed the stories flying round town that she has given birth to a baby boy.

In the early hours of today, controversial Journalist, Kemi Olunloyo announced Chioma has delivered a new baby boy for the music star. Although Chioma has been rumored to be pregnant but she has not shown fans the actual verification of being pregnant.

Meanwhile, Kemi had posted on her Twitter page to announce Chioma delivered a baby boy and also stated she would pay the alleged new mother a visit by the weekend.

She posted: Congrats Chioma on the birth of your baby boy. I will come visit you this weekend #Kemitalks #Kemiolunloyo

Chioma in reaction, took to her Instasories and posted this to rubbish the stories: 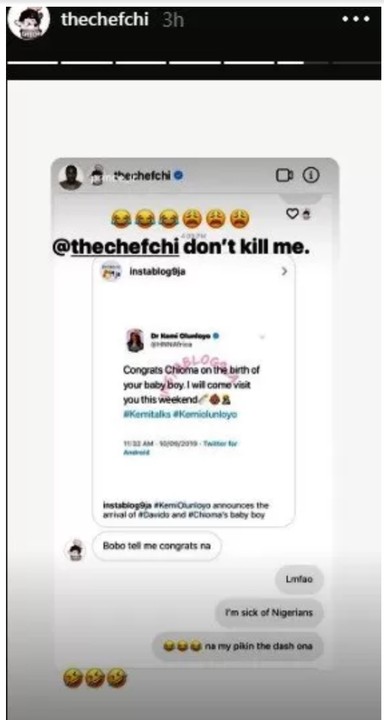 Surveillance video shows Bow Wow being violent at his girlfriend before...